Nashville Scan to BIM Service - When to Use Matterport vs LIDAR 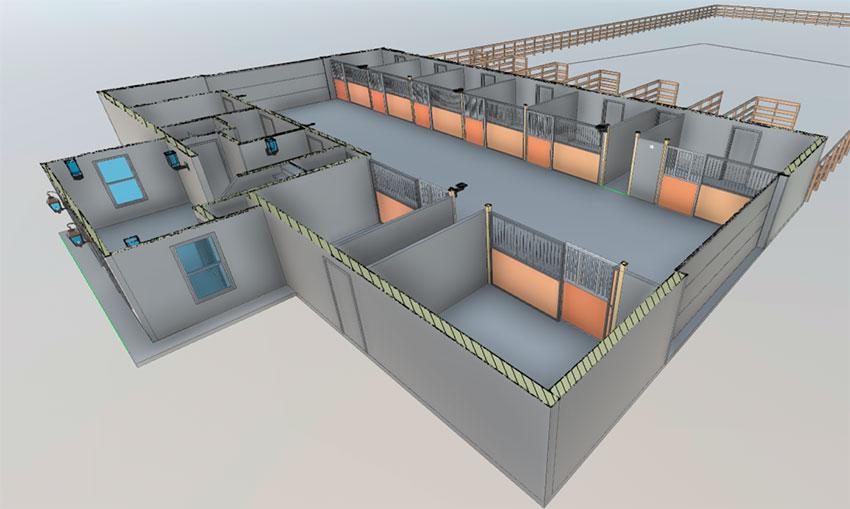 Nashville Scan to BIM Service - When to Use Matterport vs LIDAR

We have heard the buzz words the last 2-3 years as digital conversion has begun to revolutionize the way we take measurements. Digital twin and Scan to BIM are just two of the terms that usually come to mind. Technically, Matterport scans taken with a Pro 1 or Pro 2 camera are considered LIDAR, however it is generally accepted that the infrared LIDAR from Matterport is sub standard to higher-end laser solutions. 360Nash can provide with accurate point cloud measurements down to 6mm.

When we got into the Matterport game in 2015, we realized that it fit the needs of the real estate marketing niche quite well. The dramatic imagery of the 3d dollhouse quickly catapulted it to the primo tool within real estate. I can remember the first year I was giving presentations to brokerageges and showed the zoomed out dollhouse view, the room would literally gasp. The perception was immediately that this would be expensive to do in a house. And that is when I would hit everyone with a very reasonable price tag for this service… another gasp. Matterport was and is still a gamechanger. It is not common place, so we don’t get the gasps we once did anymore, but it is still worlds ahead of competitors.

When we saw what other companies were touting as a “virtual tour” we knew we would have an “in” to the market. It was something that was simply lacking from the residential real estate market, and we decided to start offering it in the Nashville market. Matterport has single-handedly forced companies like Zillow to develop their own Virtual tour software. Finally, as of November 2021, Zillow relented, and quietly began publishing Matterport content to their site. The fact is they were outmatched on the product. I always applaud any company trying to create virtual tours quickly, but the DIY approach that Zillow takes, and the fact that Matterport had such a large lead on them was key. The use of Matterport tours continues to baffle us. We are limited only by our own creativity on what is possible or a specific use for a tour. We have scanned for purposes of home marketing, emergency egress, site audits, storm damage, virtual museums, and more. Now we are seeing a shift towards a construction / BIM conversion. While the photograph element of the Matterport can help with this, I would personally not trust the accuracy when beginning to create architectural, engineering and Construction documents.

Case and point, for a sample 200 square foot space, professional LIDAR scanners typically yield a point cloud of 300-400 million points, while a Matterport scan of the same space would yield about 100 million. This additional information will create significant redundancy resulting in more overlap, and more accurate information. Matterport scans claim to be at 3.5cm of accuracy (1%) while higher end LIDAR scanners produce less than 1.5cm accuracy. It may not seem like a huge difference, but it is.

Matterport has doubled down on ease of use, while keeping the quality of tour quite high. Other tools like Zillow’s 3d tour (which has nothing to do with 3d) still allow users a very very low-end quality tour. It has gotten better, but is still far behind as of January 2022.

Matterport’s focus has become more about software as of the last few years and less about creating new hardware. The ability for the Ricoh Theta family of cameras to begin capturing with Matterport software was a game changer, and the addition of the Android incorporation has also been quite key, as now we can integrate photospheres from other non-compatible cameras into the Capture app and process them. This helps us create thing like drone photospheres within a Matterport model now.

Matterport has not strayed from the mentality that “easy for the users” is key, but the sacrifice most folks must realize is that as these tools become more easy to use, the accuracy of the camera had become less.

We'd love to hear from you. Simply fill out the form below, and we'll be in touch shortly.

Rather Make a Phone Call?

No Problem, Give us a call

and we will be happy to meet your needs.

Please login below with your email address and password.

Simply fill out the form below, and we'll be in touch shortly.

Rather Make a Phone Call?

No Problem, Give us a call and we will be happy to meet your needs.

Get a Quote in Minutes